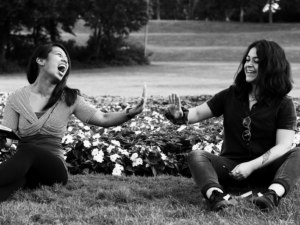 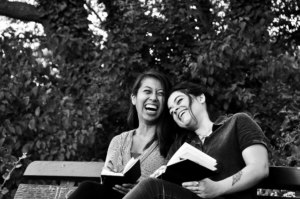 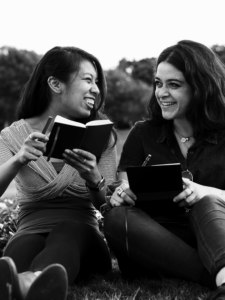 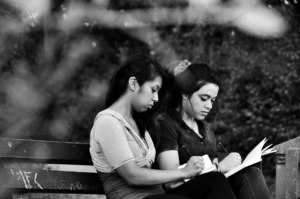 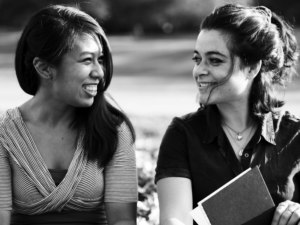 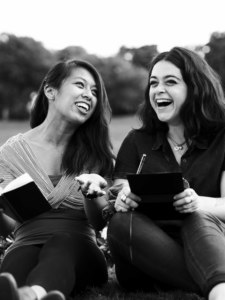 …you know what I mean? But, like, with manners.”

The flippant comment made me chuckle, as I brushed an errant lock of black hair behind my right ear, the strands tinted with a blush of red. This same shade found residence into the mocha-brown of my face, as I engaged in a FaceTime conversation with one of my best friends, who was drilling into me about what many of my loved ones back home in California deemed my latest failed escapade. I had uprooted myself in the summer of 2018, deciding to pursue love—and an MBA education to boot—in the land where schnitzel was arguably a veritable food group and your pint was ever-flowing with your regional beer of choice. The quest itself wasn’t the focus of the conversation I was having; instead, the discourse focused on the aftermath of the relationship that had been terminated.

I smiled at the surface of my iPhone that bore the image of my gal pal. The sounds of California provided the muted soundtrack on her end; the sounds of Germany on mine. “You’re right. But… that’s not the point though, you know? I love him; I’m not doing this to get back at him. I’m not one of those basic bitches who’s going to post how much fun I’m having on Insta to prove I’m okay, you know? The truth is, I’m not okay. Not right now…”

I had been licking my wounds, my emotional lifeline so tethered to daily interactions with friends and family. Silence hurt; silence was the ultimate admission I was alone. And so, I populated my days with sounds, refusing to be still, refusing to engage in anything that could be considered a stutter-step towards healing.

Healing did, however, force itself into my life. One of my friends, Nora, an Italian-Colombian whose intellect was only dwarfed by her artistry was also anchored in Germany. She was also contending with an end to her own romantic commitment.  Through the haze of our respective romantic fall-outs, she engaged me to participate and partner with her in a collaborative art project. The effort was intended to tease out my propensity for writing: I would produce short texts, poems, and streams of consciousness relevant to the beautiful hand-crafted pictures she produced. Her visual masterpieces were haunting, the slow ink lick of looped lines on the page conveying emotion in a way that simple words could not do justice. And yet, I tried. I try.

We both poured our hearts—(yes, to our surprise, we did still have a sense and grasp of the existence of those organs)—into our collaboration. There seemed to be thematic elements that united all of our works: tales of heartbreak, dissolved relationships, the general struggle to rebuild.

And rebuild we did.

While angst seemed to ooze out of our creative progeny, there was a hint of hope. At the center of each collaboration was a female caricature who was broken, but looked to the future to find her reparative salvation. Nora drew and I wrote about a woman—perhaps she was a different woman every time—who sought absolution in repairing herself, despite her circumstances.

Perhaps that’s who we also fancied ourselves to be. Women who sought the sweet vindication in rebuilding and continuing to propel forward with the momentum and resolve of a stubborn creature who refused to define her identity relative to that of another.

In today’s world, an immense amount of fanfare and lip service is given to romantic love—as if that is the only way to love, to flirt with happiness. Self-love is an underrated alternative, with very little definition and guidance in its modern and practical execution.

Perhaps the modern definition of self-love is as simple as this: fingers clacking clumsily across a MacBook keyboard, releasing pain through a creative outlet, embracing the discomfort rather than running away. Perhaps today’s self-love is populating a blank page with different shapes and figures, using the drawn character as a vessel for all the emotions that typically only enjoyed residence in your head.

Perhaps today’s mode of self-love is recognizing your personal avenue of resurrection—to emerge from the flames anew—and to hold on tightly. Perhaps self-love is indulging in the searing catharsis of using your individual talents to capture the moments when self-love was a fleeting fantasy.

As love continues to be redefined in an age where digital is king, and all intimate secrets are lain bare on the shrine of social media, the query arises regarding what self-love can do, what it can be. We can only hope it will prove an end, not simply a means. Self-love in the age of digital will prove transformative: no longer will be lust after the fabulous lives of others, their expensive brunches, designer clothing, and romantic getaways sprawled all over Facebook and Insta (#wanderlust). Instead, we’ll all look within and understand that beyond all of the stimulation—online or otherwise—lives a single truth.

We have ourselves, and we need to love ourselves because of—and not despite—the scars and trauma.

So, then, perhaps self-love was perfectly described by what I had told my friend that day: “The truth is, I’m not okay. Not right now…